HC Security Network News accompanied by a wave of industrial development of the smart home, smart home as entry-level product expanded at an alarming rate of smart locks, smart locks only dozens of brands available in the market in 2015, and by 2016 all of a sudden Nearly a thousand smart lock brands broke out, with an output value of 8 billion and an annual growth rate of over 40%. Numerous traditional mechanical lock manufacturers, smart home manufacturers and Internet smart hardware cross-border companies have been staring at this huge cake, and the entire market is erupting. 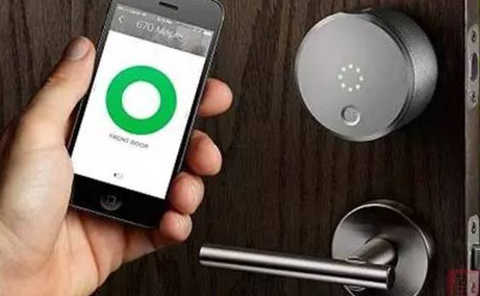 Four challenges and trends in the smart door lock market

As far as 2016 is concerned, the electronic door lock market has a capacity of about 6 million sets and an output value of 8 billion yuan. Among them, about 5.5 million sets are made in China, and about 500,000 sets are imported. In terms of market distribution, engineering projects accounted for approximately 2.5 million units, and distribution channels accounted for approximately 3.5 million units.

Among them, there are more than 60 brands of cloud smart door locks with networking functions, and the shipment volume is about 1.2 million sets. Online channel sales exceeded 150,000 units, and overall sales including offline channels exceeded $3 billion.

However, it is worth noting that the market for smart door locks is very fragmented. The brands with larger sales volume only account for 2-5% of the market, and the medium account for about 1%. Small brands occupy the sporadic market.

Second, two market signals: have money to earn, have the opportunity

With the rapid development of smart door locks, many traditional enterprises, entrepreneurs and capital have poured into this industry, and two signals have been revealed here:

1. The smart door lock industry is still in its infancy, and everyone still has the opportunity. At present, there is no star-rated enterprise in this field, and everyone is doing their best to sprint. Therefore, capital has also bet on the smart lock market, trying to share a share in this market: In 2015, US smart door lock manufacturer UniKey received a million dollars in Series A financing; August received $38 million in Series B financing. China's earliest technology company focusing on Internet smart locks has won billions of rounds of financing. In the first half of 2016, Deschmann's cloud smart lock â€œXiaoyingâ€ won the RMB123 million A round of financing led by Xinjiang Ronghai Investment Co., Ltd., and Dingxing Smart Lock won the Fuxing Kunzhong Capital B round of financing. ......

2, the intelligent door lock has great potential and is a real blue ocean market. The data shows that in 2016, the output value of China's lock industry reached 80 billion yuan, of which the smart lock market penetration rate was less than 2%. In Japan and South Korea, smart locks account for more than 70% of the civilian lock market, Europe and the United States smart door locks also account for 50% of the civilian lock market, which means that China's smart locks still have a large market space. The consumption of door locks in China is also evolving from the past practical to experiential upgrades, and the consumption potential has begun to be released.

Whether it is a traditional mechanical lock or a smart lock, the first priority is to ensure safety. Smart door locks rely on the perfect combination of mobile Internet, mechanical manufacturing technology, mechanical anti-theft technology, electronic encryption technology, and authentication technology. Many performances need to be developed and improved, which takes a certain amount of time to complete. For example, most of the current smart lock products do not use the remote unlock function. One of the important reasons is that many vendors cannot ensure the security of cloud services.

At present, the market price of most smart door locks is between 2,500 and 4,000 yuan. For consumers, this price is undoubtedly too high, which largely hinders their desire to buy. At the same time, many smart locks and door manufacturers are not designed to each other. This leads to smart locks to the door factory, which requires more complicated installation and debugging, which further increases the cost of installation, commissioning and sales maintenance.

3. The after-sales service system is not perfect:

Smart door locks are an industry that demands a high level of service. The product characteristics of the intelligent door lock determine that it must be installed in a timely manner and the repair speed must be fast. Intelligent door locks have different conditions in the installation of the user. For example, the thickness of the security door is different for the matching. The installation or maintenance of the smart lock requires professional after-sales service. However, the entire industry has just started, and the industrial support in this area is extremely imperfect, which seriously restricts the rapid development of this industry.

4. The whole industry is mixed, which is unfavorable for industrial development.

With a large number of new players pouring into the smart door lock industry, the entire market is mixed. This is a double-edged sword for the industry: on the one hand, the entry of a large number of new players has contributed to the scene of the industry's blooming, accelerating the popularization of the concept of smart locks and shortening the cycle of market education. On the other hand, because the market is weak, the entry of a large number of new players will also bring problems such as market saturation and excessive competition, and emerging industries generally have various problems, such as immature technology, poor channels, and operations. Insufficient experience, lack of coordination in the supply chain, etc., and failure to solve these problems in time can easily lead consumers to form wrong ideas and adversely affect the development of emerging smart locks.

1, toB market is still the key in the short term

At present, in the smart door lock industry, the B-end market such as brand apartments and real estates is the main force for large-scale shipments in the short term due to the concentrated purchase and large transaction volume. This is also the market targeted by many new Internet smart door lock companies such as Dingxing and Yunyou. Some insiders expect that there are currently 70 million sets of domestic rental housing, coupled with a huge number of hotel markets, these B-end customers have a strong demand for intelligent door locks. As they begin large-scale purchases at the end of this year, shipments of smart door locks will see a big outbreak in Q3 2017.

2. The toC market will gradually heat up and will become the final winner of the door lock enterprise.

Although the B-end market is developing rapidly, the biggest market for smart door locks is still in the massive, decentralized C-end (home users). According to statistics, in 2016, there were more than 2 million domestic smart home door locks, with a growth rate of over 40%. In the long run, as the property market rises again and the post-95 marriage and marriage boom is approaching, the consumption habits of new home decoration and smart locks are gradually becoming popular. At present, 95% of the 400 million households in China have the need to convert from mechanical locks to smart locks. This is a huge blue ocean market. Moreover, the C-end market is more likely to form a scale effect, which makes it a winning area for many smart door lock companies.

3. The offline service system becomes the key, and the professional door lock service platform will be born.

The outbreak of intelligent door locks directly brought about the rise of a huge door-to-door installation and maintenance business. Because the structure of each anti-theft door and lock is very different, the precision requirements are high, and the users of small white can't cope, and professional after-sales personnel are needed to solve the problems of installation and maintenance. For smart door lock manufacturers, regardless of the mass production capacity, they must keep up with localized after-sales service. After all, in the early stage of the industrial outbreak, brands with more convenient and thoughtful services will undoubtedly be easily recognized by consumers and gain a better brand reputation. Enterprises can even take the lead in the fierce market competition and take the lead in breaking through. .

4. The industry will be reshuffled in the next 3 years.

At present, new players and new brands of smart door locks are constantly emerging, and the whole market is mixed, but as the technology and production thresholds are further reduced, the competition in the smart door lock industry will become fierce in the next three years, ushered in the era of big reshuffle. By then, 80% of the smart door lock brands will be eliminated, and the results of market-oriented competition will eventually stabilize, in line with the 80/20 principle, that is, 20% of the head brands will occupy 80% of the market. This 20% brand should be around ten.

For the whole smart lock industry, 2016 is a â€œwind comingâ€. It is expected that the capital will be heavily involved in 2017, and the industry will be competing. The â€œwindow periodâ€ of the industry will really come, and in 2019, the â€œhead brandâ€ benefit market will be formed. pattern.