Skip to content
The security industry gradually introduced and deepened the concept of the Internet, which led to the introduction of more and more big data, intelligent, and integrated industry applications, so the wisdom and security of the argument was slowly born. After two years of development, the concept of smart security has gradually matured. Nowadays, wisdom security, wisdom two fonts now where? 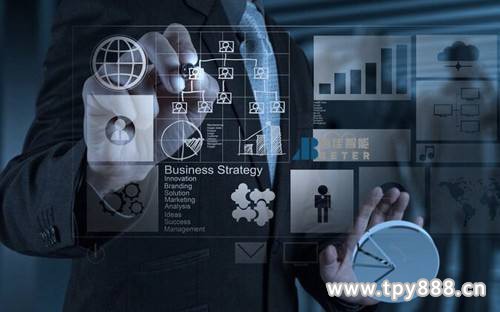 The so-called security, security is safe, for the purpose of the security industry. Prevention: It is a means of prevention, for the security industry. The so-called smart security is based on modern science and technology, and the combination of civil air defense, physical defense and technical defense is combined to form a complete security system. This system can be divided into: video surveillance, burglar alarm, intelligent analysis, building intercom, access control and other sub-categories, thus effectively protecting our daily work of work, study, entertainment, transportation and so on.


What follows is the identification of the image, which puts some tests on the front-end device software: which are static targets, which are dynamic targets, and which dynamic targets need to be locked. After the front-end surveillance camera identifies the target, the intelligent security system relies on the back-end cloud technology, big data calculation and analysis functions to determine whether there is a threat factor in the target, so as to determine whether to start the alarm.


Whether the burglar alarm is intelligent or not, the most important manifestation is the false positive rate. An overly sensitive alarm system generates too much alarm information, which makes people feel bored and wastes a lot of manpower and resources. The alarm system with too poor sensitivity is not a waste of manpower and material resources, but once the real threat alarm is ignored, the consequences are unimaginable. Therefore, the intelligentization of anti-theft alarm equipment has always been a major issue of intelligent security.


At present, firstly, it is possible to add a home appliance control module, a biometrics module, a network module, a video module, etc. to the burglar alarm device for different environments, and integrate various functions such as home security, voice communication, home automation, and living environment monitoring. As one, become a new intelligent terminal entrance. Secondly, the detection type of the alarm device can be increased: such as infrared detector, door magnet, smoke detector, gas detector and the like. Through the intelligent analysis of different devices, it is finally determined whether the threat exists or not, and whether the alarm is enabled.


Today's access control system is not only simple, such as gates and security doors, but is designed to be a series of products with "validation" functions such as card, building intercom, biometrics and so on. The intelligence of the access control system is also mainly reflected in the combination of these "verification" devices, such as subways and shopping malls. Intelligent access control devices generally divide the inbound and outbound population into three levels: permission level, passing level and hazard level.


The so-called privilege level is the user or manager of the access control device. They can access the control device itself without hindrance. The most common one is the campus access channel. Most teachers can hold the card or be recorded by the database of the biometric device. Pass through or use these devices unimpeded. The second level passes the level, which is more commonly used for subways or shopping malls. As long as the intruders pass dangerous goods monitoring or hold tickets, tickets, etc., they can be identified and assured by the equipment.


The intelligence of the access control system is especially reflected in the third level: the danger level. This level is generally reflected in the hackers who have been tested by the testing equipment and who have carried the goods privately. At this level, the intelligent access control system locks in and out of the portal, and activates alarm or defensive skills to keep the threat out.