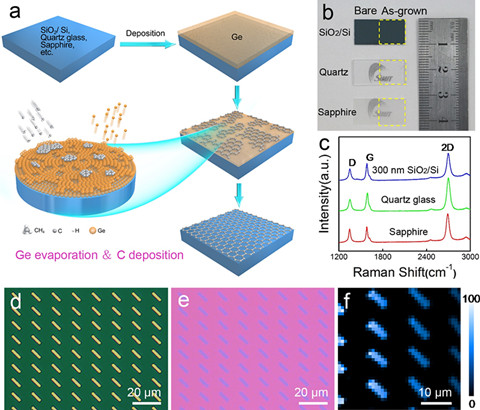 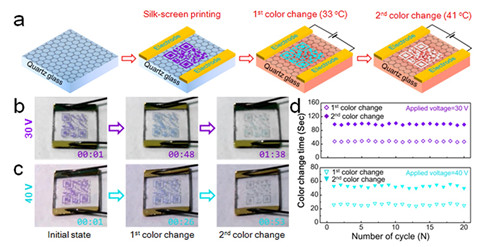 Recently, the SOI (Silicon On Insulator) materials and devices group of the State Key Laboratory of Functional Materials for Materials of the Chinese Academy of Sciences Shanghai Institute of Microsystem and Information Technology has made new progress in the study of graphene directly on insulator substrates. The preparation of graphene on the insulator is an important basic condition for promoting the application of graphene in the field of microelectronics. In response to this demand, the researchers of the SOI material and device research group used a ruthenium film as a catalyst and succeeded in the chemical vapor deposition (CVD) method. High-quality single-layer graphene materials were prepared on insulating substrates such as silicon oxide, sapphire, and quartz glass, and successfully applied to electric heating devices such as mist eliminators. Relevant research results were recently published in Small on the Germanium-assisted Direct Growth of Graphene on Arbitrary Dielectric Substrates for Heating Devices (DOI: 10.1002/smll.201700929).

Graphene, because of its excellent physical properties has been widely concerned by the academic community, in order to achieve applications in the field of microelectronics, graphene films need to be transferred or directly grown onto insulating substrates. Directly growing the graphene on the insulating substrate is favorable for obtaining the wafer-level graphene material, which is of great significance for promoting the application of the graphene material in the fields of integrated circuits and the like. However, since the insulating substrate itself does not have catalytic capabilities, the use of Cu (copper), Ni (nickel) and other metal catalysts will inevitably introduce metal contamination, so this research has always faced many challenges. Wang Ziwen and Xue Zhongying from the State Key Laboratory of Information Functional Materials at Shanghai Institute of Microsystems based on the research basis for the growth of high-quality single-layer graphene on ruthenium substrates, preliminarily depositing a ruthenium film as a catalyst on an insulating substrate, and optimizing graphene The growth temperature and the growth time allow the full coverage of the monolayer graphene on the surface of the insulating substrate to be completely evaporated while the germanium thin film is completely evaporated. In the study, they also found that the shape of graphene is completely dependent on the shape of the germanium film. Therefore, the method can not only achieve the growth of the wafer-level graphene film, but also can define the graphs required for subsequent graphene devices through the pre-designed germanium patterns. Growth. The graphene material obtained on the insulator exhibits good electrical properties, and its application in heating devices such as demisting and electrochromism is initially demonstrated. This study laid the foundation for obtaining graphene on wafer-level insulators, which helps to promote the application of graphene materials in the field of microelectronics.

This work has been funded by the â€œMillions of People Planâ€ Youth Top Talent Project, the Frontier Science Key Research Project of the Chinese Academy of Sciences, and the Shanghai Outstanding Program Leader Program.